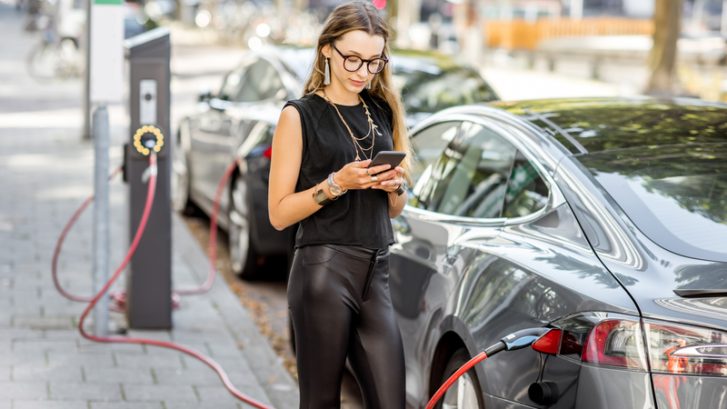 The electric vehicle or EV market, will make up over 50% of all buses and passenger vehicles in the entire world by 2040.  Bloomberg New Energy Finance (BNEF), released a report stating that due to the exponentially decreasing prices of lithium-ion batteries, electric powered vehicles will be less expensive than traditional fossil fuel powered combustion engine vehicles by 2025-2030.

This is bad news for both automakers with no viable plans in the place to make such a rapid transition as well as the fossil fuel industry that has been digging in its heels fighting the inevitable renewable energy revolution. No doubt many automakers worldwide will go under as EVs become the vehicle of choice and sales of diesel and gas powered vehicles continue to decline.

According to the Electric Vehicle Outlook 2019 report by BNEF, Electric vehicles may account for nearly 60% of all passenger vehicles sold internationally within the next two decades. Electric buses will make up over 80% of all municipal buses sold by 2040. These projections have already increased since last year’s forecast so don’t be surprised if these numbers continue to climb as more and more countries and cities around the world commit to renewables.

Global passenger electric vehicle sales will leap from just two million in 2018 to over 28 million by 2030 and over 56 million by the year 2040. During this same time period, fossil fuel powered passenger cars are expected to drop from the approximately 85 million sold to a little over 40 million by 2040. This represents over a 50% decline in combustion engine vehicles which will be disastrous for automakers that fail to make the adjustment.

The growing commitment to 100% renewable energy by countries around the world and the policies being implemented are driving this advance as well as the falling battery prices. China of course, is a leader in producing electric vehicles and are projected to continue that role for the next several years. The continuing fall of lithium-ion battery prices will solidify the expansion of the EV market globally by the mid to late 2020s and will also encourage the buildup of stationary energy storage applications.

The head of advanced transport for BNEF, Colin McKerracher, said “Our conclusions are stark for fossil fuel use in road transport.”

As we have seen from other new technology, lithium-ion batteries were virtually cost prohibitive to scale a larger market in the EV industry when it began. In the last 10 years lithium-ion battery average costs per kilowatt-hour have dropped over 80% as technology has improved and correspondingly demand has increased. This is the main factor driving prices for EVs lower and will cause them to be lower than traditional vehicles by 2030 in almost every country on the planet when considering total cost outlay over the vehicle’s lifetime.

The global move to EVs has been too slow to the EV industry’s liking to date, but patience is paying off. As the falling battery prices bring the cost of electric vehicles down it becomes more than a matter of ecology, it becomes a matter of economy. According to McKerracher, there is a real possibility that the international sales of traditional combustion engine cars have already seen their best days.

According to the BNEF report, electric vehicles will increase global electricity usage by nearly 7% within the next two decades. This will increase the demand for lithium-ion batteries from where it is now at just over 15O GWh to well over 1,700 GWh by the year 2030. This is going to be a boon for the mining industry that supplies the raw materials for the batteries as well, but they are going to have to be ready to supply the mass quantities this growth will bring.

As mentioned previously, China is the current leader in EV production with nearly 50% of the global electric vehicle sales by the mid-2020s but their share will diminish to around 25% as other countries boost EV production with Europe expected to be the second leading EV producer within 10 years.

Changes Disrupting the Automotive Industry and Beyond

Although electric vehicles will dominate the lighter passenger and commercial vehicle markets, it will still take some time to do the same within the heavy truck market. The sheer power needed to move the heaver vehicles will take a while to adapt technology that can power them without draining the batteries. Still, it is projected that EV models in the heavy truck market will make up nearly 20% of sales within the next 20 years.

A number of related mobile services will also factor in on the growth of the EV market. Ride-sharing only makes up less than 5% of all mileage globally for passenger vehicles but it is believed that figure will quadruple within the next two decades. One of the bigger companies betting on this is Tesla, adding autonomous riding capability in their plans for new models.

“Transport is moving into a period of disruptive change, with many different factors coming into play,” concluded McKerracher. “We have incorporated several new elements into our analysis, including an updated EV cost model that includes the cost of a home EV charger to reflect more accurately the costs individuals face to go electric; and a battery chemistry forecast for each of the new segments covered in this year’s report.”

Along with the massive demand for electricity to power these EVs and the drop in the use of fossil fuels will come a necessary increase in renewable energy alternatives to produce electricity. Over the same time period we see the increase in EVs we can expect to see a corresponding increase in solar and wind energy to help meet demand.

ClearWorld is in position to be a leader in providing Smart City Technology which will provide Solar LED Street Lights capable of providing power for 5G, WiFi, video surveillance, USB ports and charging stations for vehicles as well as intelligent parking apps for Smart Cities.