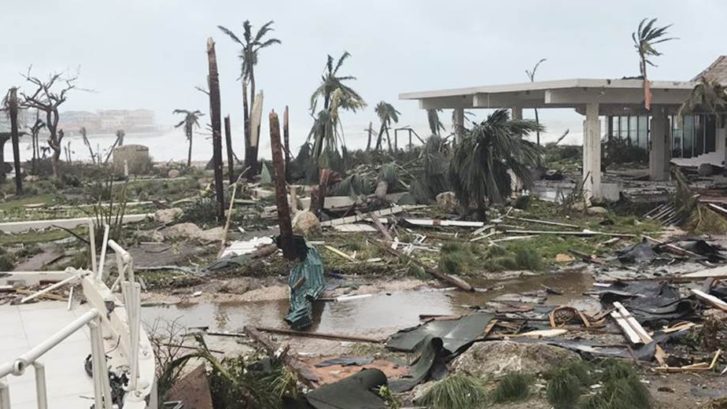 Jessica Rosenworcel, one of the commissioners at broadband watchdog the FCC, has reiterated her call for hearings into what is happening with communications on the hurricane-stricken island of Puerto Rico. In late September, Hurricane Maria smashed into the strangely neglected US territory. It left mostly without power and cellphone coverage amid a row over its energy supply contract.

“[It’s been] 54 days since Hurricane Maria hit Puerto Rico,” she tweeted this morning. “Forty per cent of the cell sites remain out of service. This is an unprecedented loss of communications. It deserves an unprecedented response from the FCC. But to date no hearings, no report, no date by which service will be fully restored.”

The tweets follow similar messages she has sent each week for the past month. And frequently pointing out that the federal regulator held hearings and issued a report with findings following other major hurricanes that hit the US. It includes Katrina in 2005 and Sandy in 2012.

On November 6, she tweeted: “Let’s remember: Nearly 7 weeks since Maria hit Puerto Rico. Nearly half of island’s cell sites still out of service. This is unacceptable.”

And the same day she noted that while FCC staff and its chairman Ajit Pai had visited the island, it wasn’t enough: “FCC in Puerto Rico surveying Maria impact on communications. But time to do more: hold hearings, issue report like after Katrina, Sandy.”

She has also put out two formal statements on the issue. Criticizing [PDF] the slow speed in which the FCC is acting to improve wireless emergency alerts on November 2. And issued a rebuke of the FCC’s efforts – and in particular Pai as FCC chair – in a statement [PDF] in September in which she noted, pointedly: “I know from my experience you learn more out on the ground than you do sitting on this dais. I hope this agency has the guts to do this.”

Rosenworcel is having an impact: soon after she started slamming her own agency for not doing enough. The FCC has been issuing daily status reports on Hurricane Maria. The most recent of which notes that 38.4 per cent of cell sites remain out of service. And that 37 of Puerto Rico’s 78 counties have more than 50 per cent of their cell sites out of service.

The situation is improving steadily – but slowly – at a rate of roughly one per cent a day: something that points to it taking until 18 December for the island to be back to 100 per cent capacity (see our spreadsheet compiled using FCC data).
Despite the extremely slow recovery, so far the FCC and its chair Pai have resisted the calls for hearings.

It’s not entirely clear why but part of it may be that Puerto Rico has increasingly become the center of a political storm. Particularly over the provision of contracts in which seemingly unqualified US companies have won huge deals.  Get the infrastructure back up and work and criticized for charging far above even emergency rates for their services.

Though Puerto Rico’s immediate future remains uncertain. We do know the measures that could be taken to minimize recovery time following any future disasters. With the correct lighting solutions and smart grid initiatives, catastrophic conditions may have a faster recovery rate in the years to come.