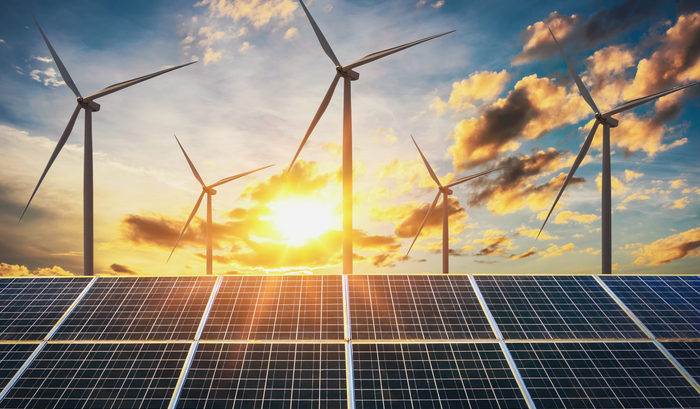 When analyzing the efficiency and cost effectiveness of renewable energy such as solar and wind, utility companies are more concerned with the bottom line than the fact that they are better for the environment. After a thorough analysis one of Indiana’s largest utilities discovered they could save over $ billion over 30 years by shutting down coal fired power plants and replacing them with renewable energy alternatives.

NIPSCO, (an acronym for Northern Indiana Public Service Co.) the utility in question is facing strong opposition from the coal industry that has hired Trump’s former head of the EPA to lead a campaign to fight the plan to shut down coal plants. The coal industry has been surprised by the lack of support for them as a large percentage of Indiana institutions along with legislators are opposed to the pushback from coal interests.

All around the nation we are seeing more moves to renewable energy. Recently we saw fossil fuel companies investing in solar because it saved them money. Utilities are seeing the light and making the switch, in this case it is in a Red leaning state with no mandates for renewables.

NIPSCO Was Surprised By Their Findings On Renewables

When NIPSCO began doing its research to comply with the state mandated Indiana law requiring utilities to deliver long term plans every three years they didn’t know renewable energy would win out. Although they knew the coal plants cost more to operate than other options they had no idea that solar and wind would end up being the most cost effective methods for its nearly half a million customers.

After requests for proposals for projects to replace energy production if two coal plants were closed it was evident that solar and wind energy were far cheaper alternatives than any other method. In addition, the cost for solar and wind do not have the unpredictable cost fluctuation that comes with fossil fuels.

The numbers that NIPSCO presented showed that continuing the operation of the two coal plants would be far more than if they shut down the two plants within 4 years and went with solar and wind instead. The cost for remaining with the coal plants was over $15 billion vs less than $11 billion for the wind and solar energy option.

As mentioned in the opening paragraph, the issue for utility companies is an economic one and it is the same for utilities across the country as in Indiana. Renewable energy is far less expensive than running antiquated and obsolete coal power plants.

For over 10 years coal power has fallen and been replaced by natural gas but currently renewable energy sources like solar power and wind turbines have become so much less expensive they are now a cost effective form of power generation and the benefit for the general public is that they are environmentally friendly.

ClearWorld is an innovative Solar Lighting Solutions  provider that embraces environmentally friendly power alternatives. The forward thinking company has successful solar lighting installations in over 80 cities in the U.S. as well as on military bases and in 10 countries. ClearWorld’s patented RetroFlex technology is leading the way into the future of solar lighting.