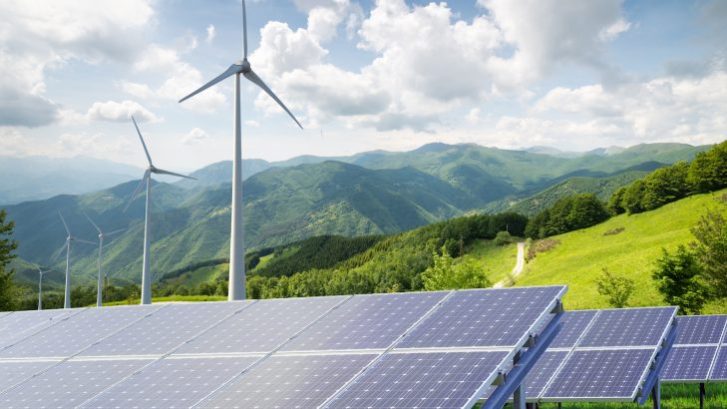 Renewable energy prices in the United States have been going down drastically for over ten years and the trend doesn’t appear to be ending any time soon. It has now become far more cost effective in the majority of the country to build new solar or wind farms than to keep coal plants operational. At ClearWorld we work with municipalities, parks, developers, military bases and more to help them update their infrastructure and save on energy with our Solar LED Lighting Solutions.

Two of the main reasons for the price drops are technology and effectiveness which go hand in hand. As always, when a new technology first comes out it is most expensive because we are not only absorbing R & D costs but also haven’t perfected manufacturing processes. Solar panels and wind turbines have now become more efficient than conventional energy at producing power. Another important factor in the growth of renewable energy is the fact that the lower prices for renewables go, the more renewable energy is bought.

Ten years ago renewable energy was cost prohibitive in Colorado now over 30% of Colorado’s electric power is derived from renewable energy. Now the largest utility company in the state is committed to 100% renewable energy and Colorado voters recently elected Jared Polis as governor on the promise set the bar as the most aggressive clean energy state in the United States.

What is happening in Colorado is being replicated in other states as green energy minded consumers are seeking lower power bills and energy that is environmentally friendly. Corporations including utility companies and even oil companies are investing in solar energy solutions in order to lower energy costs and pursue options that are safer for the environment. While cost is the big driving force for the move into renewable energy, the push for sustainability is becoming more and more popular as well.

Wind turbines have increased in size since they were first introduced on a large scale in California in 1981. By increasing the height as well as the size of the rotors these modern wind turbines can create more energy than 15 of the previous models from nearly four decades ago. Utilizing larger turbines also reduces the need for as many installations due to increased energy production per turbine.

A group of forward thinking companies and nonprofits recently launched a project called the Renewable Energy Buyers Alliance with the goal of making it easier to buy sustainable and renewable energy projects. The current target of the group is to triple renewable energy deals completed by corporations over the next several years. This group provides a solution to a complex problem for those entering the renewable energy sector that need help with the complexities of electric power systems, off-grid, on-grid, etc.

At ClearWorld we are committed to bringing our Solar LED Lighting Solutions to as many locations as we can to help protect the environment and help our customers save on their energy costs.