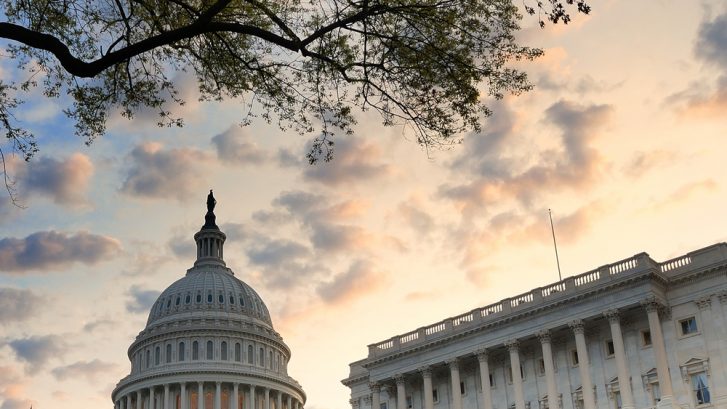 Following a mass letter signed by almost 1,000 businesses virtually demanding that the Investment Tax Credit (ITC) for solar be extended for another five years was sent to Capitol Hill, new legislation has been put forward by four members of Congress. The Renewable Energy Extension Act introduced as HR 3961 in the House and A 2289 in the Senate would allow for an extension of the 30% ITC for an additional five years then follow the same step-down schedule called for previously.

HR 3961 in the House was introduced by two Republican Congressmen with a third GOP Representative signing the bill as a co-sponsor. Senator Catherine Cortez Masto, a Democrat from Nevada, brought the Senate version forward with 14 other Democratic Senators supporting it. These Senators include some of the biggest advocates of climate change action and renewable energy: Tom Udall (D-New Mexico), Chris Van Hollen (D-Maryland) and Senator Sheldon Whitehouse (D-Rhode Island).

As mentioned above, the new legislation would follow the same step-down pattern as the original legislation that is in place now but would begin in five years. To clarify, a project would have to start construction before the end of 2024 to qualify for the full 30% Investment Tax Credit, with two more steps down in 2025 and 2026. In 2027 the step down goes to 10% for businesses and goes away completely for residential installations.

The Renewable Energy Extension Act, if passed, could extend the current boom in renewable energy development and fuel even more growth in the already exponentially expanding solar market.

It remains to be seen if this will be incorporated as part of the tax extenders bills, budget negotiations are complicated affairs, particularly in recent years. And one factor to consider is that the ITC extension achieved in late 2015 is widely attributed to a deal in which Republicans secured a lifting of the oil export ban.

One major concern is the lack of Republican co-sponsors who are yet listed on the Senate bill, particularly given Majority Leader Mitch McConnell’s (R-Kentucky) ruthless control of that chamber. However, SEIA appears prepared for a long fight.

Following is a statement from Abigail Ross Hopper, president and CEO of the Solar Energy Industries Association, urging lawmakers to pass this critical legislation:

“These bills are clear, easy wins members of Congress can deliver to their constituents that create jobs, bolster the economy and address climate change. Polling shows that Americans across the political spectrum are concerned about our changing climate and they strongly support solar.

“Since 2005, when the ITC was first passed by the Republican-led Congress and signed into law by President George W. Bush, the ITC has created hundreds of thousands of jobs, sparked more than $140 billion in private investment and helped grow solar deployment by more than 10,000%.

“Now is not the time to turn our backs on this American success story. The ITC is the strongest policy there is to support clean energy development, grow the economy, create jobs, and meaningfully cut emissions.

“We are grateful to Sen. Cortez Masto, Rep.Thompson, Rep. Cook and Rep. Fitzpatrick for their leadership and are eager to build on the bipartisan support this legislation already enjoys. In the next several months, we look forward to working with all members of Congress to move this legislation over the finish line.”

ClearWorld supports this initiative by forward thinking members of Congress to do what is best for the country and the environment. ClearWorld is a leading provider of Solar LED Lighting Systems across the country and around the world.