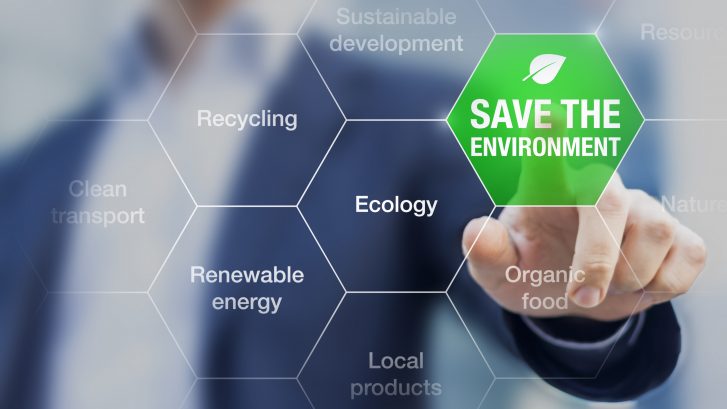 Rare earth metals are utilized in the production of most high-tech devices, but they are also needed for products that are used in combating climate change, such as solar panels and materials used in building wind turbines. The problem is that the traditional mining of these materials is very destructive to the environment we are trying to save.

Due to the unique luminescent and magnetic qualities of rare earth minerals it is almost impossible to use other metals in place of them. A World Bank study from 2017 stated that in order to meet the guidelines of the Paris Climate Agreement there will be an enormous and growing need for metals such as indium, cadmium, and neodymium.

As the world moves to renewable energy, we have to find ways to mine obtain these so-called “green tech” metals in a way that is socially and environmentally sustainable. There are three main ways we can do this:

After allowing China to become such an out of balance leader in supplying these needed metals some have thought it nearly impossible to replace them. We can look to Japan and Europe and emulate their solutions.

Currently around 80% of rare earth metals are imported from China. This is due to very loose regulations that are detrimental to ecosystems and people alike. According to an industry watchdog organization, China Water Risk, the mining of just one ton of rare earth metals in the country produces as much as 2.1 million cubic feet of waste gas which contains dust, sulfuric and hydrofluoric acid, 7,000 cubic feet of sewage water containing acid, and over a ton of radioactive waste.

Trump’s trade wars with China have recently pushed China to threaten to stop supplying the U.S. with rare earth minerals so it would be wise to begin planning for other scenarios. What must be kept in mind is that it will take at least 10 years to open new mines in the U.S. and at this time less than one percent of rare earth metals are recycled. It is time to turn more aggressively toward recycling metals already above ground to solve our metals crisis.

The United Nation’s Environment Program found that recycling rates are already high for precious metals such as palladium and platinum. But recycling facilities for rare earth elements such as tellurium and neodymium are virtually nonexistent. We need to develop recycling infrastructures now for these newcomer metals.

In 2002, the EU passed the WEEE (waste electric and electronic equipment) directive, which requires manufacturers to take back and recycle large and small home appliances, computers, medical equipment and telecommunications products. In 2015, the EU 28 member states recovered an average of 87.5 percent of IT waste and 88.6 percent consumer electronics, although the EU target was set at 65 percent. A set of more aggressive targets were launched in 2019. Similar laws have existed in Japan since 1997. In comparison, the United States lacks any comparable federal law.

Where recycling is concerned, there are great opportunities in Europe and the U.S. to pick up metals from recycling aging wind turbines. These turbines only have a lifespan of 25 years or so, therefore many of the initial wind energy projects are nearing the end of their lifespan. Recycling the gear boxes and turbines can provide a great deal of metals. Over 6,000 wind turbines have already been taken offline in the U.S. alone. Without a system to recycle them they could end up in landfills.

Most turbine blades cannot be recycled and reused because they are made of carbon fiber composites or glass making them difficult to recycle. That said, there are out of the box ways of utilizing them so they don’t just become waste. Blades are being reused as plaza seating and playground equipment in the Netherlands. Germany reprocesses the blades into fragments used in cement making in the world’s only industrial-scale factory for processing wind turbine blades.

This solution requires us to get away from the throwaway mentality that has become so prevalent in the United States. We need to learn from countries in the EU and Japan to create a culture of repair and reuse instead of trash and replace.

A repair movement is beginning to emerge in the United States but needs similar policy support that the EU and Japan have. California became the 18th state in the U.S. to introduce “right to repair” legislation that would require manufacturers, such as Apple and Samsung, to supply parts and repair manuals to consumers.

As we transition to renewable energy it is crucial that we are utilizing responsible and sustainable methods to source the rare earth metals needed. If we trash the environment obtaining them what is the point? Solving climate change while destroying the environment isn’t an option; reduce, reuse, and recycle is.

At ClearWorld we are big proponents of recycling and recycle everything possible. ClearWorld is a leading provider of patented solar LED lighting solutions across the United States and expanding globally.