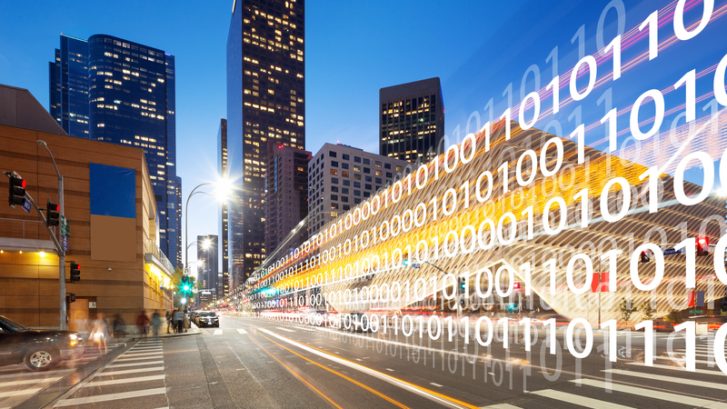 Smart Cities are the future and this was solidified internationally at the end of 2018 with the signing of the Compact of Mayors. This agreement signed by the leaders of over 2,000 global municipalities focuses on ramping up climate change resiliency initiatives. These include public carbon emissions reporting, energy efficiency programs, and resilient financing projects.

The latest research from the New Climate Economy shows that going after these aggressive policies could reap bi dividends. By putting money into public and low emission transportation, waste management, and efficient building cities could see savings currently valued at over $17 trillion by 2050.

In addition, greenhouse gases could be cut by nearly four gigatons of CO2 equivalent per year by 2030 utilizing investments designed to reduce carbon. This is more than the current annual emissions for the entire country of India!

Getting Smarter to Curb Carbon

The biggest polluters and producers of carbon are cities. While only accounting for 2% of the land mass of the planet, cities produce over 70% of the greenhouse gas emissions worldwide, according to UN-HABITAT. With over half of the global population living in cities now that figure will be nearly 60% in a little over a decade.

With this population growth the challenges for becoming carbon neutral multiply. It becomes more and more difficult to address issues like energy efficiency, clean water, waste issues, and along with those we have increasing economic inequality. The solutions to these problems aren’t easy, or cheap.

This is exactly the impetus leading cities to become smarter by utilizing Big Data to use their limited resources more efficiently. Smart cities are also actively pursuing partnerships between public and private entities in order to include private business innovation in solving problems that concern the public at large.

In the fight against climate change cities and businesses are increasingly becoming power players. These partnerships are contributing to emission cuts on a national scale according to the United Nations.

Paying for Investment in Smart Cities

The issue for many cities that have the desire to commit to renewable energy and Smart City technology is that even with the promise of huge future savings, they just don’t have the capital outlay upfront to pay for the initial infrastructure expense. According to the New Climate Economy report, innovative financing and creative policy instruments are eliminating these obstacles and helping cities reach their goals. ClearWorld, a solar LED lighting provider is one such private company that is creating a financing program to assist municipalities in creating new smart infrastructure with zero upfront costs.

The payback for investing in Smart City technology and improving cities’ creditworthiness is big. Over $100 can be leveraged for every dollar invested in renewable energy urban infrastructure. In addition, for every million dollars invested in Smart City project preparation, $20-50 million could be gained in capital support to guarantee the success of such projects.

If governments get involved more and implement policies that support renewable energy while simultaneously cutting subsidies and tax incentives for fossil fuels the combined savings could go over $22 trillion. In order to reach such lofty goals, the New Climate Economy report suggests that an integrated package of at least a billion dollars should be developed to help accelerate renewable energy and smart city strategies in largest 500 cities in the world.

There is no other reasonable alternative, the only other choice is to continue with the status quo that will lead to global environmental decimation. Schoolchildren are stepping up and speaking out about the dire circumstances we are in, if they know, shouldn’t we?