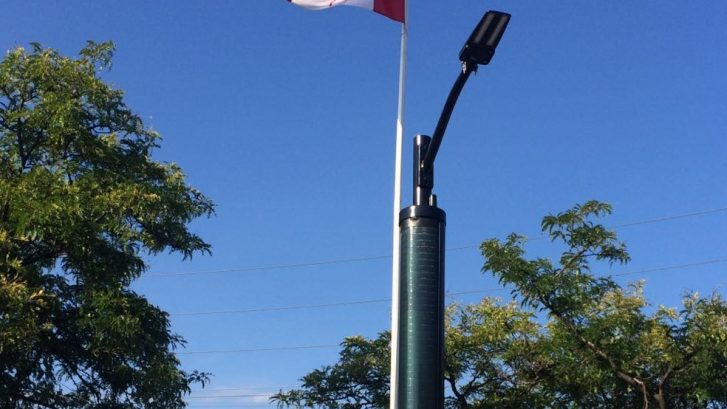 A solar lighting pilot project is getting closer to coming to fruition in the city of Regina in Saskatchewan. The city of around 230,000 committed to going to 100% renewable energy by 2050 last year with an initiative called “Renewable Regina.”

In arguments for the unanimously passed policy Mayor of Regina, Michael Fougere said, “We need to make a statement for renewable energy and greenhouse gas emissions. We are going to champion the cause and we look forward to rallying people together to make this possible.”

The new amendment lays out actions that must be taken to meet the renewable energy goals of the city that can begin by the end of 2023. These include solar panels on rooftops, energy efficient buildings, electric buses, geothermal energy and the banning of bottled water in city facilities to reduce plastics.

This five-year solar lighting project is exactly what is necessary to prove the viability and cost effectiveness of solar in order for future projects to move forward. Ward 3 Councilman said, “This is an important test and I think this is kind of where we need to be looking at putting our energy and attention in the future.

The solar lighting project is in response to the motion passed in a city council meeting in December of 2018 asking that a pilot project be developed in accordance to guidelines in the Open Space Lighting Policies and Procedures Manual.

The specifics of the plan call for the installation of solar LED pathway lighting along the Pilot Butte Creek multi-use pathway in Regina’s Eastgate Park, from Thomson Avenue to Dewdney Avenue. Data collected in the solar lighting project will be analyzed and compared to a similar number of LED lights that are conventionally powered along a multi-use pathway in the city’s Creekside Park.

If the project is approved to move forward, it will answer many questions in regards to solar lighting in the brutal Saskatchewan weather, how the systems will perform in the bitter cold and snow as well as reliability and cost.

The locations that have been chosen for this pilot project test are high traffic links between adjacent neighborhoods and are major connectors for nearby schools, commercial areas, and recreational facilities in the city.

Under the proposal given to the city, there will be 14 solar LED lights installed at a cost of $6,380 per light for a total of $89,320 for all 14. This cost accounts for the cost of the lighting fixture, pole, and trenching and is based on estimates by suppliers in the region. The solar lighting installation will be compared to 10 conventionally powered LED lights that cost $6,940 per light.

The estimated annual maintenance costs for the pilot project’s five years total $6,440 for the solar lights and $1,850 for the conventional ones. The annual operations costs for the conventional lights would be $1,000 per year while the cost of operations for the solar lights would be zero. The installed infrastructure is expected to last another 20 years beyond the five year pilot project.

Each solar LED light is projected to result in a savings of $1,185 per light over the 25-year lifespan the infrastructure is in place when compared to the conventionally powered LED lights.

If the project proves to be successful, the plan is to work with developers in the future to light all new pathways with solar lighting.

ClearWorld has several solar lighting installations in Canada, including the Vancouver Airport. Contact us and tell us how we can help you with your solar lighting project.