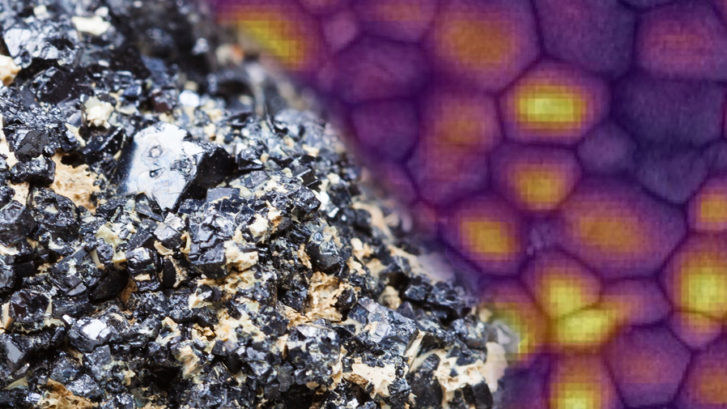 Scientists are working on an exciting new material called perovskite. A light sensitive crystal which could revolutionize solar power. In just a few years its power conversion efficiency figure is nearly on a par with traditional silicon at around 22 percent, and it’s some 1,000 times thinner.

All this could mean the price we pay for solar power in the future could fall considerably. These third generation solar cells are built-up layer by layer, like a sandwich, with perovskite as the light-harvesting active layer. It is semi-transparent. It means that building’s windows could one day be replaced by coloured plates of perovskite, that would also generate electricity.

Experiments on the solar cells are taking place in the Ecole Polytechnique Federale Lausanne as part of the EU’s GOTSolar research project. Directing research there is Professor Michael Grätzel. He says: “What is surprising about perovskites is that they’re made from a solution with simple procedures and from materials which are readily available and we’re seeing performance results which today are already ahead of silicon polycrystals.

“The caveat is the lead, of course, we must be careful we manage this weakness properly. But otherwise, it really is an extraordinary material, which will forge its own path.”

To get around the lead, scientists coat the solar cells in protective glass. This also solves one of the other problems – perovskites are very sensitive to humidity, and the glass protects them from moisture. The final layer of the solar cell is gold, which acts as an electrode.

One aspect the GOTSolar project is exploring its so-called tandem technology. By using silicon and perovskite together for super-charged results. Professor Adelio Mendes is the project coordinator. He explains: “The most interesting thing is the fact we can combine this technology with the one that used silicon in order to obtain cells whose efficiency can reach 30%.”

It is in Eindhoven in the Netherlands, that researchers are working on scaling up the perovskite solar cells.

The challenge is to replicate the results of the laboratory on a larger scale. It is an important step along the road to commercializing perovskite solar cells.

Professor Mendes says it is going well: “This device can produce up to 18 volts and 2 watts. We were able to reach the goals of this project, but we would like to go beyond that. But some aspects of this technology are still being developed. And also, some of which are fundamental to it, such as stability.

Dr. Bellon of project partner Great Cell Solar is working on stress tests for solar panels in Solliance research centre. And they see how they survive in extreme temperatures and under prolonged light, conditions which simulate real-world weather.

So when does Dr. Olivier Bellon imagine perovskite could be on the market as a commercial product?”

He replies: “If the recent results in stability and development and the technology are anything to go by, I could easily imagine wearables technology or consumer electronics being the first products to use perovskite within a very short period of time so for any more significant applications such as building products and automotive industry the timescale is likely to be a bit longer.” Dr. Bellon reckons their first perovskite based products could be on shelf as early as 2019.

Clearworld remains dedicated to the research and utilization of materials such as perovskite. And promises to change the way solar energy functions in the modern world. Our product development team looks forward to making use of perovskite in the years to come, as the material becomes more widely studied.