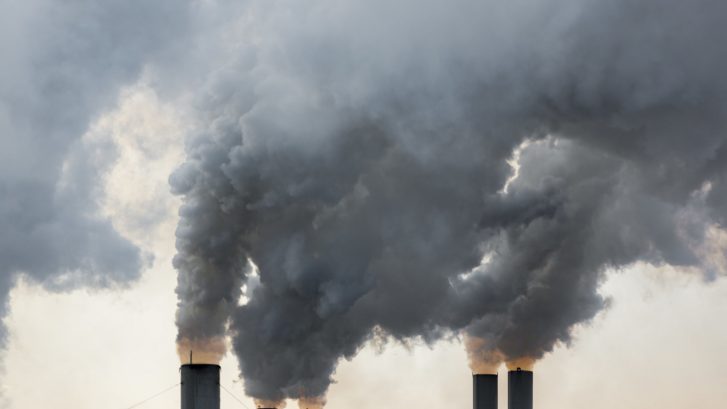 Beyond Carbon is the new renewable energy campaign being led by former Mayor of New Work City, Michael Bloomberg. Last Friday, June 7th, D-Day no less, he put his money where his mouth is with a $500 million contribution dedicated to closing every coal fired power plant in the U.S. and to put a stop to the growth of using natural gas a “bridge” to renewables.

This new progressive campaign is focusing on local and state governments to help eliminate coal. According to the campaign website, “Beyond Carbon will work with state and local organizations working to pass climate and clean energy policies, including 100% clean energy laws, targets and timetables to phase out climate pollution, and implementation of programs to expand low-carbon transit, speed up the deployment of electric vehicles, get pollution out of buildings, and promote low-carbon manufacturing.”

Bloomberg has masterfully designed the effort to bypass the partisan politics of D.C. where politicians are more concerned with pocketing lobby money from fossil fuel interests and their own reelection than what is best for the country. In addition, the current administration denies that climate change is even an issue despite the testimony of thousands of scientists and decades of statistics.

“We’re in a race against time with climate change, and yet there is virtually no hope of bold federal action on this issue for at least another two years,” Mr. Bloomberg said in a statement before the announcement, which he made in a commencement address at the Massachusetts Institute of Technology. “Mother Nature is not waiting on our political calendar, and neither can we.”

According to a spokesman for the former mayor and philanthropist, the majority of the $500 million would be used over the next three years. It is earmarked to support lobbying by environmental organizations as well as in city councils, state legislatures, and public utility commissions dedicated to going renewable. Some of the funding will also be used to help support the election of local lawmakers committed to making renewable energy a priority.

Beyond Carbon will accelerate progress in moving the power sector Beyond Coal, aiming to retire all coal by 2030. Beyond Carbon will extend the successful strategies utilized in the Beyond Coal campaign to prevent a rush to increased reliance on oil or gas anywhere in our economy.

Over 280 coal-fired power plants have either shut down or have made plans to shut down over the last decade. This number represents nearly half of the coal plants in the country. Beyond Carbon seeks to see the 241 plants that are left by 2030.

No doubt progressive presidential candidates will get on board with supporting the Beyond Carbon campaign as most Americans cite Climate Change as a major issue in the 2020 election. Politicians are going to have to choose which side of the fence they are on very quickly. The very survival of their political careers will be decided by where they stand on this important issue. Taking a “politically safe” middle ground approach like presidential candidate Joe Biden has done will not be a popular stand with the American People.

The closures of the first 280 coal plants has been due mainly to economic reasons. Natural gas became far cheaper and now as the costs of producing power via solar and wind, coal is becoming cost prohibitive. It will take more than this to put an end to the remainder of the existing older coal plants due to lack of regulations on installing modern pollution controls. For the newer plants there have been millions invested in the mandatory pollution controls and subsidies will be needed to convince local authorities to shut them down, so they don’t lose money.

One of the main challenges of the initiative will be focusing on the top 10 states using the most electricity and getting them off coal and gas. According to the U.S. Energy Information Administration, these include Texas, Pennsylvania, Florida, and California. Carl Pope, a Bloomberg adviser, said, “If you move those 10 states decisively toward 100 percent renewable electricity, that actually means that every major public utility in the United States would have to go clean.”

The main plan of the Beyond Carbon campaign is laid out on their website and states the following:

“Climate scientists have said that in order to avoid the worst possible outcomes, we must decarbonize our entire global economy by mid-century. In order to move the United States toward a 100 percent clean energy economy we must:

Modernize industry and infrastructure
Reduce emissions from manufacturing and other industries by promoting cleaner production methods and ending wasteful flaring and leakage of methane gas.

Repay our debt to fossil fuel communities
It is a key priority to establish the framework for a robust economic future for the workers and communities who sacrificed to produce the fossil fuels that built our modern economy. Beyond Carbon will partner with local organizations working to diversify the economic base, create new jobs, and to ensure the economic benefits of the clean energy economy are shared in all communities.”

ClearWorld is committed to Beyond Carbon and helping communities go 100% renewable. Check out our solar LED lighting solutions and Smart City Technology at ClearWorld.us