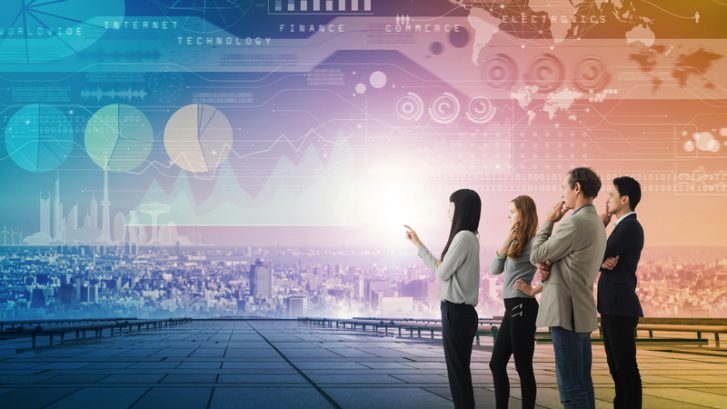 Smart City development isn’t just about developing futuristic cities where billboards talk to you like in the movie Minority Report. In actuality, smart cities are constantly evolving with the evolution of information technology and you may not even notice a difference on the surface, at least for now.

The global market for smart city technology is expected to grow from just above $80 billion as of 2018 to almost $160 billion by 2022 according to the Worldwide Semiannual Smart Cities Spending Guide from International Data Corporation (IDC). Internet of Things (IoT) networks are created to support applications that help residents coexist and benefit from technology.

Smart parking applications guide drivers to open parking spots while smart lighting adjusts automatically according to climate and weather conditions. Buildings equipped with smart technology monitor air quality and help to reduce energy usage by optimizing demand and power sources. The IoT will help residents in smart cities process and utilize information from outside to help better everyday life in the smart city. All of these high-tech applications require advanced wireless connectivity that can evolve as the applications do and meet the ever-growing bandwidth necessary.

A Smart Cities survey by the United States Conference of Mayors in 2016 showed that there were already smart city developments in cities of varied populations and land area. These projects include health care, energy efficiency, transportation, and government services. New analysis by Juniper Research has found that smart city traffic technology solutions deployed to ease chronic congestion in cities will generate $4.4 billion in revenue in 2023. This is up from $2 billion in 2019.

One of these cities embracing Smart City technology is Los Angeles. LA’s Bureau of Street Lighting is turning 220,000 street lights into ‘smart poles’ with sensors, solar panels, cameras, and communication monitoring nodes. This will increase visibility in those areas, leading to safer roads and areas surrounding them. These bulbs will also tap into an interconnected system that reports any malfunctions that may arise, speeding up the replacement process. In addition the city is saving $10 million per year in electricity costs due to the efficiency of the LEDs.

The SR99 tunnel project in Seattle represents the “smartest tunnel” ever built and is a shining example of smart city development. With the tunnel’s 13 miles of fiber optic cables, 95 miles of electrical wiring, 15 miles of lights, and 8 miles of heat detection sensors conditions can be monitored throughout the tunnel for optimum communication and safety. Unlike conventional tunnels, those traveling through the SR99 have uninterrupted LTE service and can use their cell phones through the entire two miles.

In order for the IoT devices utilized in smart city development to communicate reliably with each other the network infrastructure must be widespread and failproof. A combination of distributed antenna systems (DAS), repeaters, small cells and Wi-Fi to create a blanketed network across the entirety of the city.

The main component that will be necessary in all smart city developments will be the ability to support a stream of data that is constantly flowing to and from numerous IoT devices and increasing all the time. A combination of both 5G and 4G/LTE are the only communication technologies that can accomplish this at present.

As we move forward the increasing populations of urban areas will demand smart city development to enable them to run safely and efficiently. The innovation being brought forth will allow for better standards of living and make the lives of city dwellers better.

ClearWorld is currently developing smart poles like those mentioned in the article above for deployment in smart cities across the country. Check out our Smart City Development Technology.