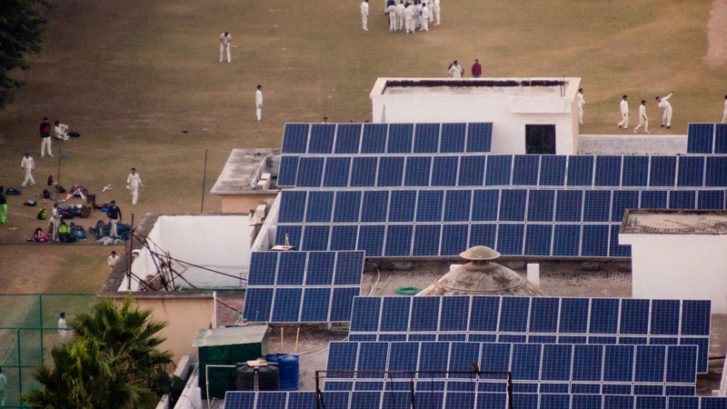 Solar power is the conversion of the sun’s energy into thermal or electrical energy. This solar energy is marked as the cleanest and most abundant renewable energy source available. The United States is considered as prominent in terms of solar resources worldwide. A variety of usage in solar technologies is utilized which includes generating electricity, providing light or a comfortable interior environment, and heating water for domestic, commercial, or industrial use.

Schools have been motivated in using solar panels because this leads the way to introduce a new field for students. They will become more conscious of the environment wherein it will promote conservation of our planet earth in a way that they will be eager to have focused on environmental design and technology. However, the central reason for schools in engaging with solar power is to meet their desire to saving money.

By providing a hedge against rising electricity costs, solar is an attractive mechanism for reducing a district’s utility bills. Moreover, the decreasing cost of solar photovoltaic systems has made solar an increasingly accessible option for public schools. Onsite solar has helped numerous districts reduce their energy costs, creating savings that can be reinvested in teachers, textbooks, and expanded student services.

Installing solar not just enables your school to run on clean energy but at the same time fights against greenhouse gas emissions and global warming. It also eradicates the number of dependency of outsourced fossil fuels and aids such as renewable energy which can be used in the surrounding area.

Though there are arising benefits of the solar panel we still need to see them at work first. Since the university is a public place, installing solar panels needs to provide greater exposure for solar arrays. This is especially true for universities that install large, campus-powering systems. Ideally, it can help in reducing bills and cutting costs associated with powering a school’s facilities. Solar panels are an eco-friendly addition that can also have wide-reaching social and cultural impacts. When students see a university taking steps to go green and reduce their carbon footprint, it can easily impact the student’s attendance decision and result in higher enrollment numbers for the school. What’s more, since tax rebates and credits are available for schools that want to install solar panels, it’s an affordable option that will pay off down the road.

A lot of school districts demand solar vendors include an educational consistent in the project indenture. This means that expanding STEM programs and academies can enhance their programs with a certain focus on energy. STEM is a curriculum based on the idea of educating students in four specific disciplines — science, technology, engineering and mathematics — in an interdisciplinary and applied approach. Campuses that installed solar have been able to use their solar systems as an informative hands-on tool for grounding essential subjects such as math, chemistry, and physics hypothesis to students of all ages.

Solar has a dominant role to everyone’s future because it demonstrates a commitment to clean energy.  Investing in solar in our schools introduces our students to resource-conserving technologies and illustrate how we can all take serious action to aid and deny climate change.

ClearWorld is committed to helping schools save money on their utility bills by assisting them in finding funding for solar powered infrastructure such as Solar LED Lighting for school parking lots and athletic fields.