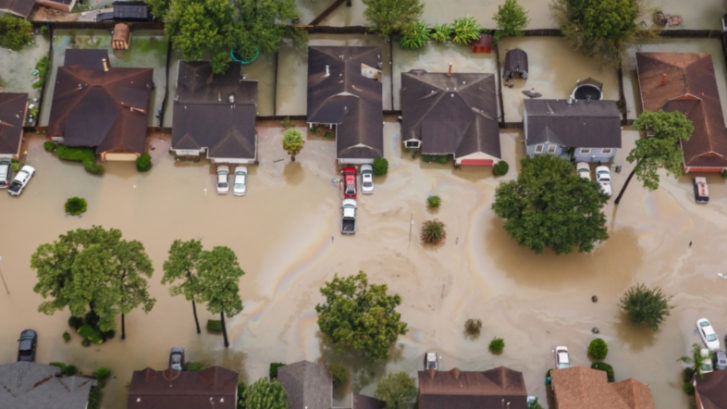 “While catastrophe is not always preventable, the degree of destruction and devastation can be reduced.”

Urban Risks are Different and Require a Unique Approach

Urban areas are complex with highly interdependent systems. With these interdependencies, failing systems can result in cascading impacts that can disrupt the availability of clean water, electricity, and communications. Furthermore, urban systems extend beyond the administrative bounds of a given city to the surrounding areas that also depend on those systems for survival. The complexities of urban risks demand special focus within the new framework of actio—whether on land-use planning to improving governance—so that failure of any single element will not cause cascading collapse of other components.

Since a large part of resilience-building depends on local actions to be more equipped to manage shocks and stresses. It is imperative that local city governments have the right sets of capacities and tools to support appropriate planning and action. This includes basic technical competencies, as well as the ability to make timely decisions. Having enabling policies that allow local governments to more directly access finance and to empower timely response to priorities of the cities is needed.

Urban Resilience Prompts a Different Way of Working Together

Cities across the world face a whole range of challenges, but new risks, like the impacts from climate change, will increasingly strain current systems and governance structures. These risks pay no attention to departmental units within the city. Likewise, no single actor or institution can work alone. An urban resilience framework calls for a process that brings together diverse departments and sectors to identify appropriate measures for preparedness, response, and recovery.

Although “urban” is often described in a manner suggesting a fixed state, we need to rethink urban as a process. Cities are continuously changing—physically, socially, and politically. This means that the profile of risk in a city, too, is ever changing and evolving. The recognition of the importance of cities is also changing. While the immediate concerns of shocks and stresses may trouble municipal government officers and mayors. They should equally alarm Ministers of Finance as cities are the economic engines and centers of innovation for national economies.

Resilience… But for Whom?

With rapid urbanization comes the deepening of socioeconomic inequalities and urban poverty. Marginalized and poor populations in cities may lack access to land, political voice, legal recourse, and a sense of safety, much less basic infrastructure and services. Need to pay the explicit attention in promoting gender and inclusive development within resilience-building efforts for all economic levels.

As a result of these new urban possibilities – all enabled by emerging digital technologies – cities are quickly becoming powerful IoT hubs as they integrate computing, networking, skills, and culture; and spur innovation in areas as diverse as health, transport, and finance. ClearWorld’s Smart City Initiatives provides better security with smarter lighting and remote surveillance camera monitoring.  At nearby parks and campuses, we’ll provide security and emergency call buttons on light poles and USB charging stations options. With the use of RETROFLEX and other related game-changing alternative energy technologies and solutions, proves time and again vast benefits for the environment, economy, and society.

In addition, our retrofitted poles operate on solar power, which is the most abundant renewable energy source on the planet. As a direct effect, there are no harmful greenhouse emissions from fossil fuels. With our products and solutions, air pollution is reduced. Natural resources are preserved. Beyond these immediate, short-term results, the use of ClearWorld’s technology has a much broader range of long-term benefits. Crime rates have decreased, as city streets remain lit throughout the night. Local governments have the ability to re-allocate funds to meet more of a city’s socioeconomic needs. Renewable energy sources also stimulate economic growth, creating new jobs in manufacturing and installation. ClearWorld is a leader in renewable energy and smart city technology.